So this weekend was a Zoe Saldana weekend. And to think that until 3 days ago, I had barely heard her name.

Saldana plays the female Na’vi named Neytiri in the James Cameron behemoth Avatar. And earlier this year, she played Uhura in JJ Abrams’ Star Trek. And so, she has entered fandom folk lore. Like the year Christopher Lee played Dooku and Saruman (2002), or McKellen played Magneto and Gandalf (2003).

This weekend I saw both movies (no, I hadn’t seen the new Star Trek yet, but in my defense, I run a Star Wars web site and need to maintain my credibility). It’s a fantastic film, using space-time trickery to reboot the franchise. Every franchise needs a good kick in the pants once in a while, and I wouldn’t have seen a Star Trek movie at all had it not been for the reboot. And the little matter of casting Sylar as Spock, a genius move in my opinion.

And I have nothing more to say about Avatar beyond what I said yesterday— why haven’t you seen it yet? And if you did see it, and if the movie has changed what you thought was possible in a movie, what do you want to see them do with their new cinematic powers? 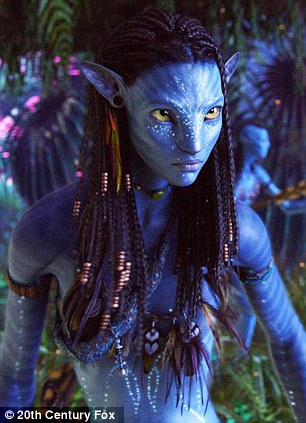